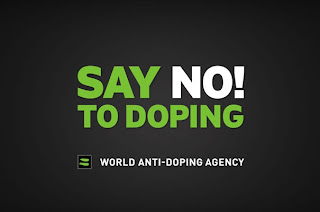 Our sport is young enough, it is connected to campaigns that drive the words Say NO! to doping, yet we accept those that go back into competition? More so they are allowed to earn victories and earn prize money.

The past weeks have seen a large increase and focus on Lisa Hütthalers victories at IRONMAN 70.3 events. Observing these Tweets, Facebook posts and comments from other professional triathletes globally has brought me to think we need to speak our mind in order to better the future of our sport. Now I fully believe if the system, organisation and structure of our sport is correct, it will go mainstream. The bottom line is if we don’t get a hold of the doping situation at an early enough stage our sport will loose recognition.

Should those who have once tested positive for the use of performance enhancing drugs be eligible for qualification to major championships and receive race prize money? My answer to this question is – NO! Why? Because my belief and duty as a high performance sports person is to stand for what is right in sport; clean, honest and fair racing. Whether it be now or in the past those that have failed doping tests should become ineligible for qualification to major championships and/or games and ineligible from receiving prize money.

Lisa Hütthaler to those that don’t know has a history that includes failed drug testing, bribery and cheating. Here is what we know through publications written and available in the media. The information stated in the below bullet points has been gathered from online medias.

Lisa is not the only one and there are probably a few out there. So is it right that those that have once cheated are eligible to compete in major championships, claim race victories and receive race prize money?

I certainly think a lot more can be done to combat cheating in our sport. Doping regulations and testing programs have got better but I believe there is still a large room for improvement. We should also focus on past offenders; my wish and belief is that triathlon organisations (WTC, ITU, USAT etc.) will write their own rules to combat past offenders also. Rules that go something like “…any person committing any form of doping violation becomes ineligible indefinitely; to compete in major championships; be awarded race victories; receive any form of payment from race organisers (start fee or prize money)”.

Now we are very ignorant if we believe every triathlete out there today is clean, BUT we are certainly a sport that is young, not wrapped in doping scandals and in a position to make change. So before it goes to far I think a stronger stance needs to be taken on doping whether past or present.